As the year draws to a close, the months get busier. With more occasions to celebrate and loved ones to celebrate with, it’s no wonder many people look forward to the -ber months. As somewhat of a parallel to this, the last three months of the year are each home to more than one birthstone, giving those born during these months more options and stones to choose from than others.

Today, we’ll be examining the two birthstones for the month of October, tourmaline, and opal. You may already be familiar with opal, but we’re confident you’ll learn something new about it alongside tourmaline. 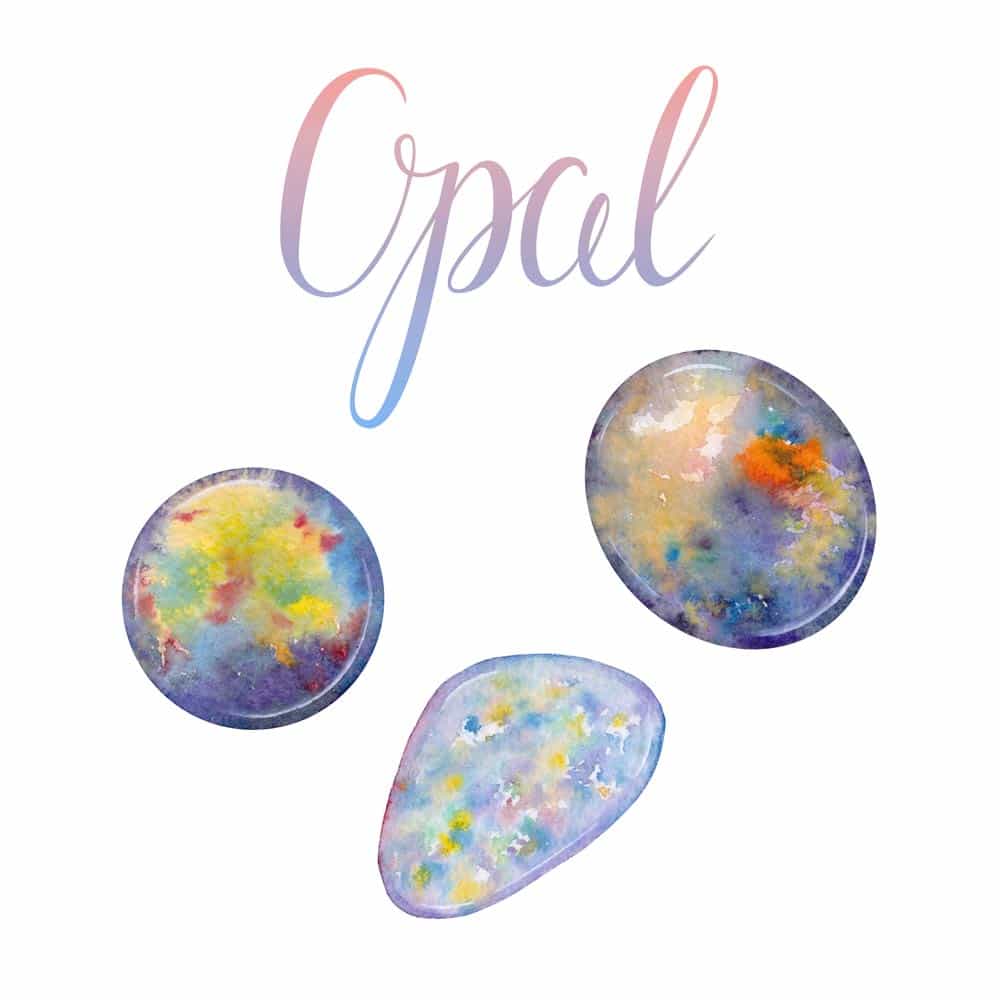 What are a Tourmaline and Opal?

Tourmaline is a compounded mineral. That means that the gem is actually comprised of elements other than what gives it its crystal form. These elements include sodium, potassium, or lithium. Like amethyst, tourmaline is classified as a semi-precious stone, so while it isn’t as valuable as a diamond, for example, it’s still worth quite a bit on its own.

The unique trait that tourmaline has compared to other birthstones is that it has pyroelectric properties. What this means is that it contains natural electric fields. When tourmaline was first exported to Europe, it was nicknamed the “Ceylonese Sri Lankan Magnet,” as it could both repel and attract hot ash.

Tourmaline first made its way to the Western world through the Dutch East India Company. Batches of Ceylonese tourmalines were sent back to the European continent, and the stone has become a wanted mineral ever since. It may not be on the same level as the Cardinal gems, but it’s beautiful to behold nonetheless.

Opal, on the other hand, is a unique gemstone that contains water. It is more heavily associated with water than even aquamarine, another birthstone. Opal is actually a hydrated form of silica, which is the main component of sand. Depending on the opal itself, there could be anywhere from 3% to 21% water inside it.

There are two classifications of opal – common and precious. Common opal is simple and has no unique colors. What makes opal precious is the presence of plays-of-color or iridescence. Opal can also come in various colors and levels of transparency. The rarest, and therefore most expensive, type of opal is known as black opal. Common colors include white, green, and grey.

The word “opal” comes from the Latin term opalus. Not many scholars can pinpoint the exact origin of this Latin word, however. Opalus meant “precious jewel.” This goes to show just how early this gemstone was discovered.

What does Tourmaline and Opal Signify?

Tourmaline and opal symbolize different emotions and concepts. Not much is known about the history of tourmaline, as it was only first popularized when brought over to Europe by the Dutch East India Company. Today, it is mainly mined in Brazil’s countries instead of Sri Lanka, where it was first found.

Opals have a much deeper history behind them than tourmaline. Because of how vibrant the colors of opal are, many people believed that opal contained the power of all other precious stones in one, making it an all-powerful gem of sorts.

Another common usage of opal was its ability to protect the wearer from evils. Many precious stones are used as a form of warding evils, and opal served a similar purpose. To add to this, though, opal was explicitly used to maintain good eyesight. In an age where eyeglasses didn’t exist, people relied on opal to keep their vision as clear as possible.

The current meaning of opal is that it signifies both confidence and faithfulness. Opal is a vibrant gemstone, and it can easily be spotted, depending on the color. This confident aura is what gives opal its prismatic charm. The gemstone is also known to signify faithfulness as it is an ordinary gift to couples that celebrate their 14th wedding anniversary.


Tourmaline and opal are two different birthstones. One possesses pyroelectric properties and was only recently discovered, whereas the other was already known for millennia, offering myriad benefits to those who wore it. No matter what birthstone you pick, though, both are perfect for those born during the festive month of October.