June marks the end of the first half of the year. It also marks the beginning of summer for many countries, which brings in new opportunities and struggles. In terms of birthstones, June is a particular case. The month is associated with not one but two different birthstones – pearl and alexandrite. While one such birthstone isn’t technically a “stone,” both have their own form of significance and meaning.

In this article, we’ll be exploring the meanings behind both birthstones and the similarities (and differences) between the two. So, you can decide which one will suit you best. 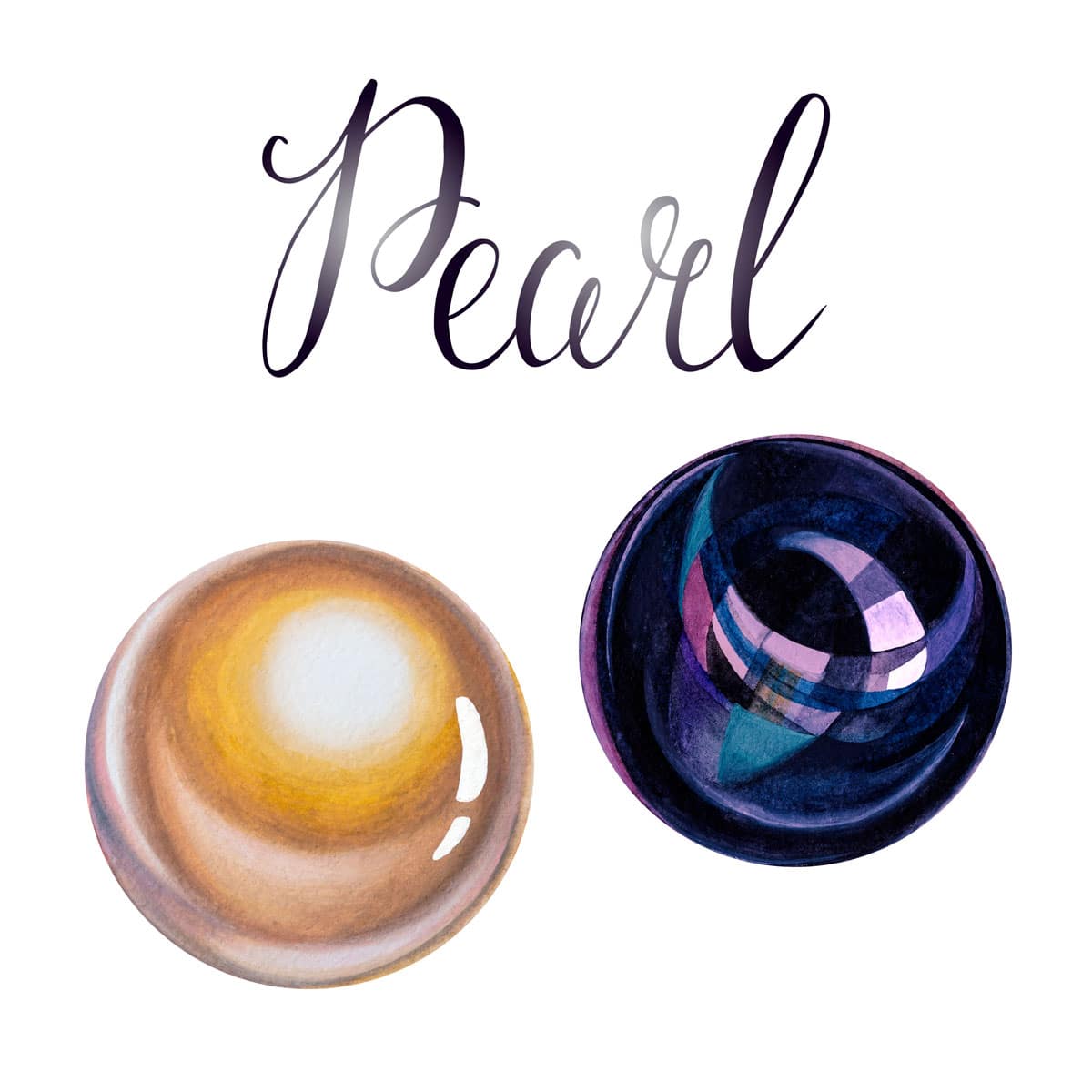 What is a Pearl and Alexandrite?

Pearls are a natural beauty. While many believe that pearls are a type of mineral, they’re actually a byproduct of an animal such as a mollusk. The pearl itself is made out of calcium carbonate and is even used as a defense mechanism above all else. A dedicated pearl sac is what produces the pearl, and it prevents any potential parasites from entering the mollusk.

Another common misconception surrounding pearls is that they are all perfectly round and shiny. While there are definitely pearls that naturally look like this, most pearls actually take various shapes, ranging from ellipsoids to completely random shapes. The pearl’s shape is heavily dependent on the mollusk that produces it as well as the environment it’s in. 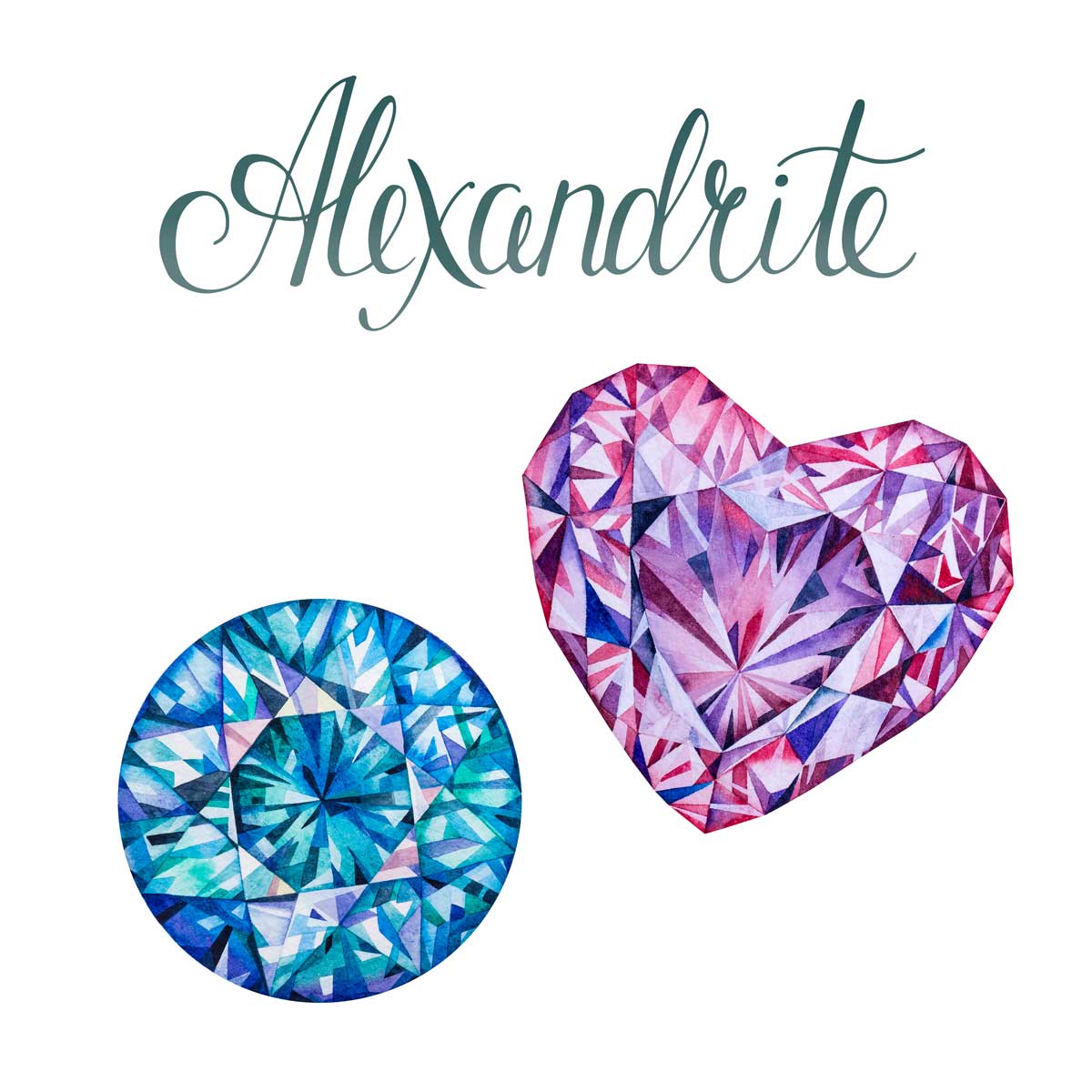 Alexandrite, on the other hand, is an actual gemstone, though not like your average gem. Alexandrite is a variety of the mineral known as chrysoberyl, which harder than topaz but softer than corundum.

What makes alexandrite so interesting is that, unlike other gemstones, it has a different color depending on what type of light you shine on. In your average daylight, alexandrite can appear almost greenish to the human eye. When placed under incandescent light, however, the gemstone seems like more of a violet-red. It was said that the gemstone was actually named by a mineralogist after the future Emperor of All Russia, Alexander II Romanov. This story, however, is highly debated upon.

What does Pearl and Alexandrite Signify?

The pearl and alexandrite have different meanings. Let’s first focus on the pearl. Due to its natural look and perfectly spherical shape, the pearl signifies purity. The white color of the pearl adds to this image of innocence. Ancient Greeks believed that pearls were actually created by the goddess of beauty, Aphrodite and that they were her hardened tears of joy. Considering that her most famous painting featured her born on a cockle-shell, it’s no wonder the pearl is heavily associated with the Greek goddess.

Pearls are also heavily associated with religion. In Hindu scripture, pearls are mentioned as cures to ailments when ground and turned into powder for consumption. The Bible also says pearls in various verses throughout the book. This is also true for Hebrew and Islamic scripture.

In many classic paintings and portraits, you can find individuals adorned with pearl necklaces and bracelets. This is a testament to how famous pearls have been for many years, despite its not being an actual gemstone than the other birthstones.

Alexandrite carries a different meaning to it. It is said that alexandrite can bring the wearer good fortune and love. In particular, countries such as Russia believe that the gemstone is some sort of good omen. Interestingly, it also symbolizes the link between the physical and spiritual world, which parallels the two different colors that it can be seen in.

As with other birthstones, many people use alexandrite as a healing supplement. It is believed to help relieve various chronic diseases. It can also boost your overall condition if you aren’t feeling too well.

Finally, alexandrite is used as a great reminder of life’s ever-changing nature. Just as the alexandrite turns from green to red, life can offer opportunities and bring setbacks at any given moment. It reminds the wearer to be able to brace through the trying times and enjoy the high points in life.

Conclusion
Pearls and alexandrite couldn’t be farther from each other in terms of structure and symbolism. However, these two birthstones are perfect for June’s month, which heralds in a new season and the second half of the year.