April’s a pretty lively time of the year. The first day starts with a surprising twist, with April Fool’s Day being the best time to jest with friends and loved ones. Depending on where you live, there are also many local holidays held during this month. April’s birthstone, though, is arguably more popular than any April holiday. That’s because the month’s birthstone is none other than the prestigious diamond, a jewel coveted by many for centuries.

Diamonds have long since been a status symbol and a display of wealth. But did you know that cultures treated diamonds differently and that it was more than just a symbol for the rich? Read on to learn more about arguably the most popular gemstone known to man. 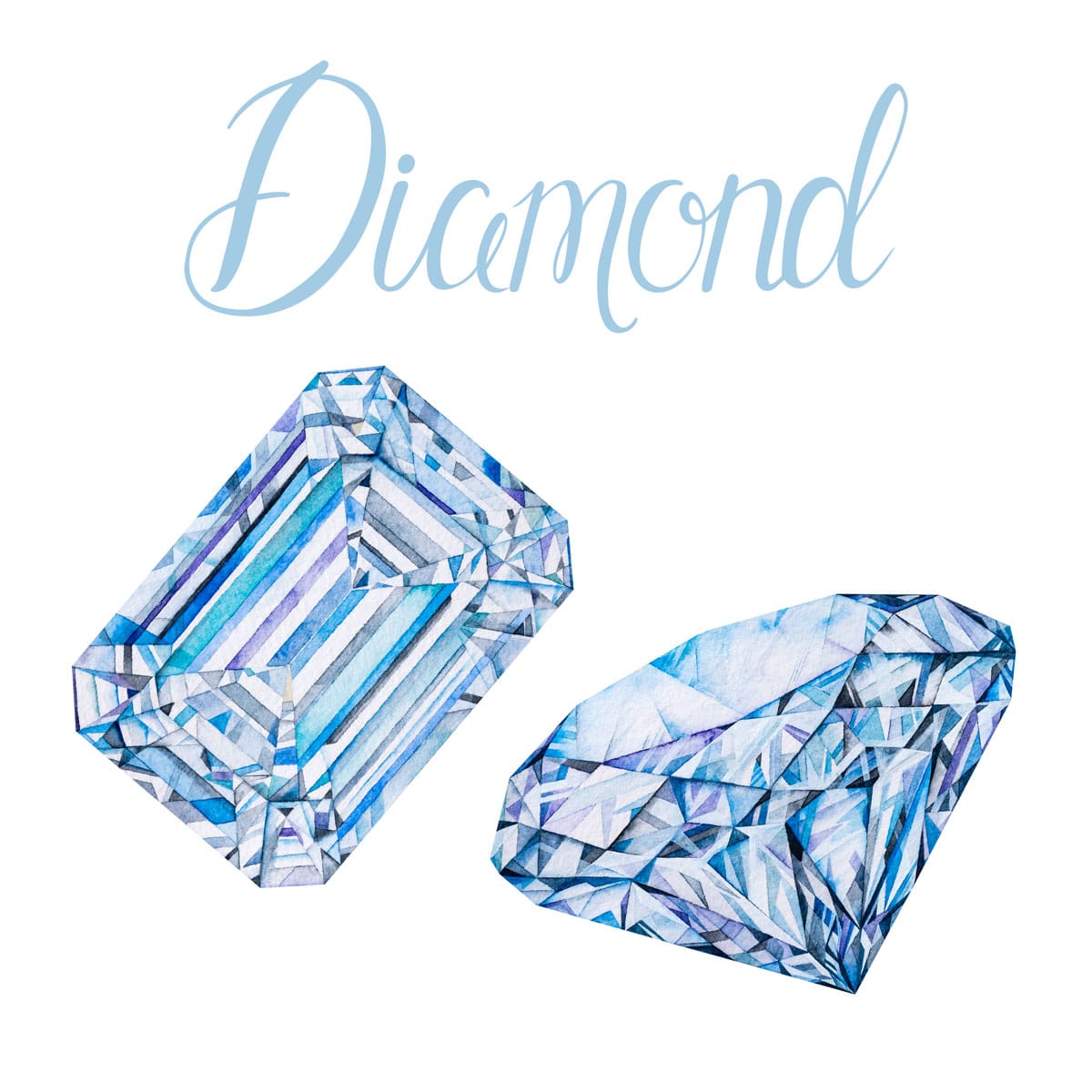 What is a Diamond?

Almost everybody knows what a diamond is these days, but there’s a lot more to it than just being a shiny stone. Diamonds are essentially only a crystallized version of carbon, which is a very common element. You can find carbon everywhere, with a common carbon-based ore being coal, a fuel source used by industries to this day. Diamond is basically made up of the same element but is structured differently, which results in its beautiful form.

How diamonds form is a marvel in itself. The carbon that eventually turns into diamonds is first buried in the earth. Immense pressure and heat create just the right conditions for the carbon to take the unique crystal-like shape. This Goldilocks zone of sorts is what creates the diamonds that many people covet today.

Diamonds are most popular as jewelry, but they also serve various practical benefits too. Diamond is incredibly tough – so tough, in fact, that it is listed as the most challenging natural material on earth. Because of this, diamonds are often used as abrasive for various tools. Some grinding wheels and saw bits even use diamond particles to function efficiently.

And while the most common variant of diamonds is undoubtedly the colorless one, there are many diamonds with various colors. They can range from bright yellow to pitch black, depending on the “impurities” in the diamond.

Today, diamonds remain one of the most popular gemstones. As a result of its sudden surge in popularity in the 20th century, diamonds continue to serve as a status symbol thanks to marketing. Of course, there’s a lot more to it than just being plain jewelry, as we’ll explain soon.

What does Diamond Signify?

While diamonds only really gained their fame in recent years, the gemstone has had its place in history for hundreds (and arguably even thousands) of years. The first known record of the human fascination with gemstones was found in Sanskrit writing, dating back to 400 B.C. More recent records show diamond cutting as an actual profession in the 13000s.

Our ancestors had multiple theories as to how diamonds were formed. One popular theory stated that diamonds were created through lightning bolts, whereas other theories claimed they were tears of a god.

Many believed in the healing powers of diamonds as well. As diamonds were pure in color, it was said that sleeping with a diamond would draw out any harmful substances or toxins in the body. It was also used to help cure diseases related to the brain. Finally, like amethyst, diamonds were used to boost one’s energy, mostly when the stone was used in tandem with others.

These days, however, diamonds have a more grounded meaning. The birthstone now commonly symbolizes our feeling of love. And that’s not too surprising, considering how many couples all over the world propose to their loved ones with a diamond ring. Perhaps this is the reason behind the unyielding popularity that diamonds have had for so long.


Diamond is the world’s most popular gemstone, and it just so happens to be the purest one, too. No wonder it is best suited to symbolize the raw emotions of love. They say that diamonds are a girl’s best friend, but anybody can enjoy the benefits of owning a diamond. It’s a timeless stone and will undoubtedly continue to be a popular choice among soon-to-be engaged couples for years to come.